Lifters for round workpieces

Lifters for round workpieces

The MKH R40 magnetic lifter is dimensioned for the lifting of round/cylindrical objects with a diameter of 40-250mm with a weight of up to 800 kg. The R40 magnetic lifter can also be used to lift flat workpieces weighing up to 640 kg. The lifting equipment attaches and detaches automatically. The safety of the lifter is based on the control system which incorporates advanced self-monitoring functionality as well battery and coil monitoring. The control system monitors battery capacity and does not allow for new lifts when capacity is too low.
The magnets can generally be operated for 7- 10 hours with 50 % duty cycle on a single charge.

The automatic functionality of the magnets utilizes sensors in the device to determine when the magnet has been placed on a workpiece and when a workpiece is lowered down.

The state of charge is displayed with LEDs when the device is on.. When battery capacity goes below a threshold value, the low capacity warning goes off, signaling the user with a buzzer and signal light. The lifter will not attach to new workpieces while the battery capacity is too low.

The material thickness of the objects must be at least 5 mm, which is the limit for the formation of a sufficient magnetic field. The adjacent table demonstrates the effect of the material thickness of steel on the holding force of the battery magnet. An air gap between the magnet and workpiece has a negative effect on holding force. An air gap can be caused by paint, rust, dirt or debris between the magnet and the workpiece. It may also arise when excessively large workpieces are lifted, which causes them to bend when unsupported. The graph below is valid for material S 235 (SFS EN). 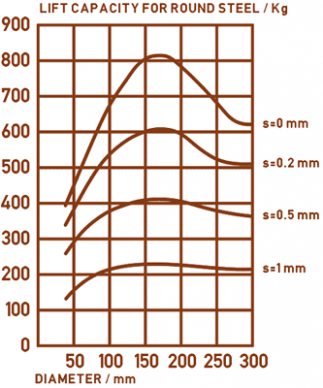 In order to attain a greater lifting capacity, several lifters can be combined by attaching them to a lifting beam. All the lifting equipment on the beam attaches and detaches automatically. More information coming soon. 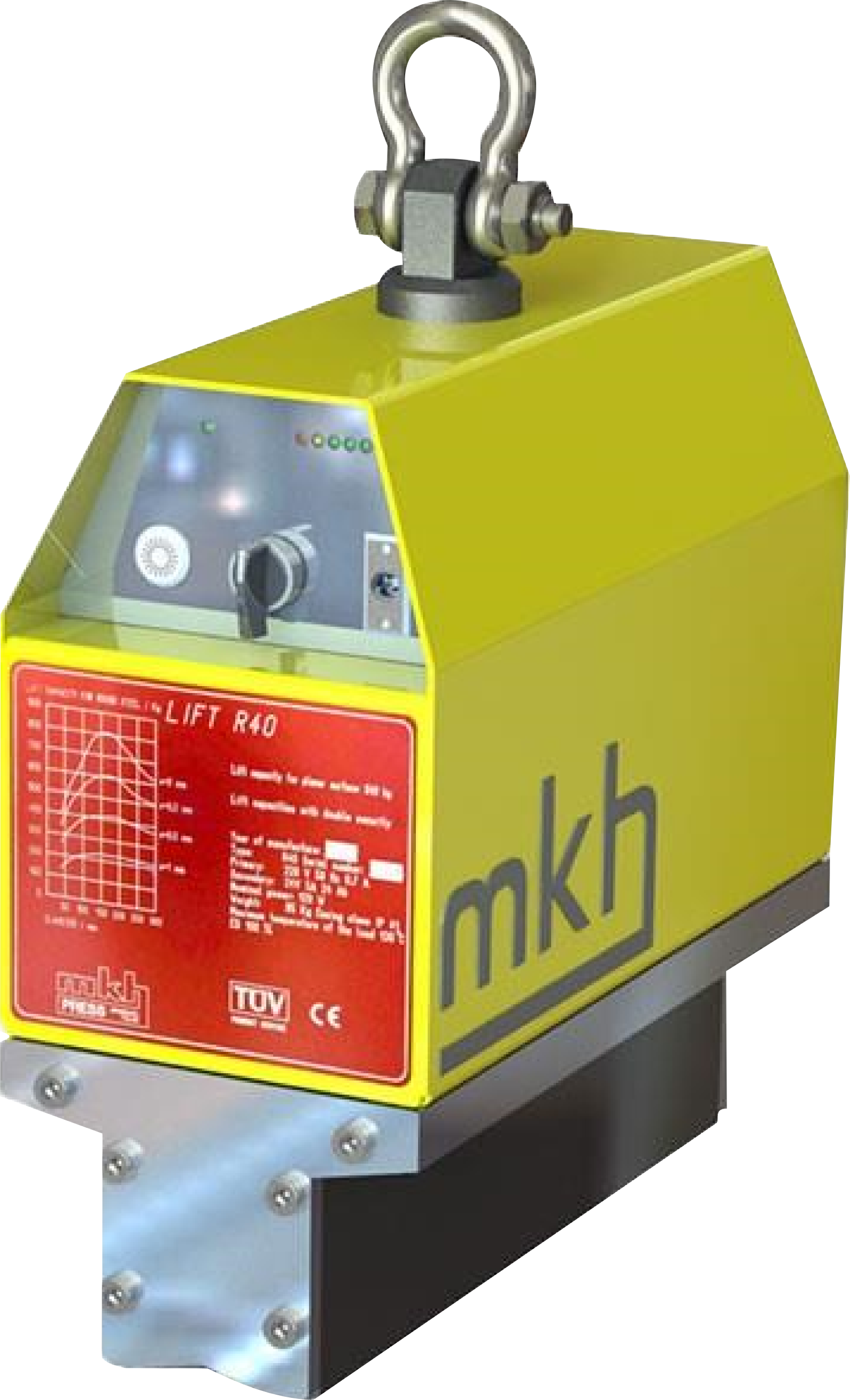