MKH S44 is a lifting magnet for flat surfaced workpieces. It is the fastest solution for material handling of magnetizable workpieces in workshop conditions. It incorporates automatic attachment and detachment of workpieces, which is safe, fast and convenient to use. It’s battery operated so it can easily be transported and used between cranes and require no electrical connection. The battery capacity is designed to last an entire workday of normal usage (50% duty cycle).

The automatic functionality of the magnets utilizes sensors in the device to determine when the magnet has been placed on a workpiece and when a workpiece is lowered down.

The state of charge is displayed with LEDs when the device is on.  When battery capacity goes below a threshold value, the low capacity warning goes off, signaling the user with a buzzer and signal light. The lifter will not attach to new workpieces while the battery capacity is too low.

The material thickness of the objects must be at least 5 mm, which is the limit for the formation of a sufficient magnetic field. The adjacent table demonstrates the effect of the material thickness of steel on the holding force of the battery magnet. An air gap between the magnet and workpiece has a negative effect on holding force. An air gap can be caused by paint, rust, dirt or debris between the magnet and the workpiece. It may also arise when excessively large workpieces are lifted, which causes them to bend when unsupported. The graph below is valid for material S 235 (SFS EN). 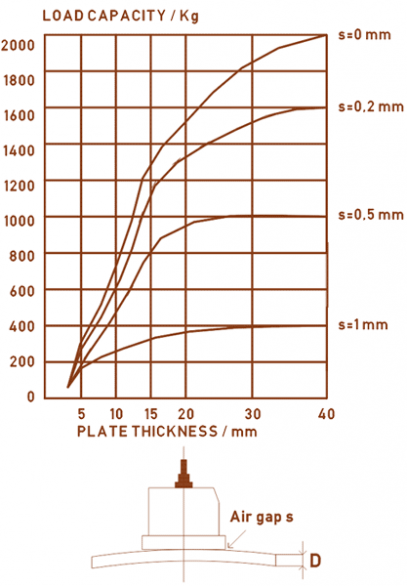 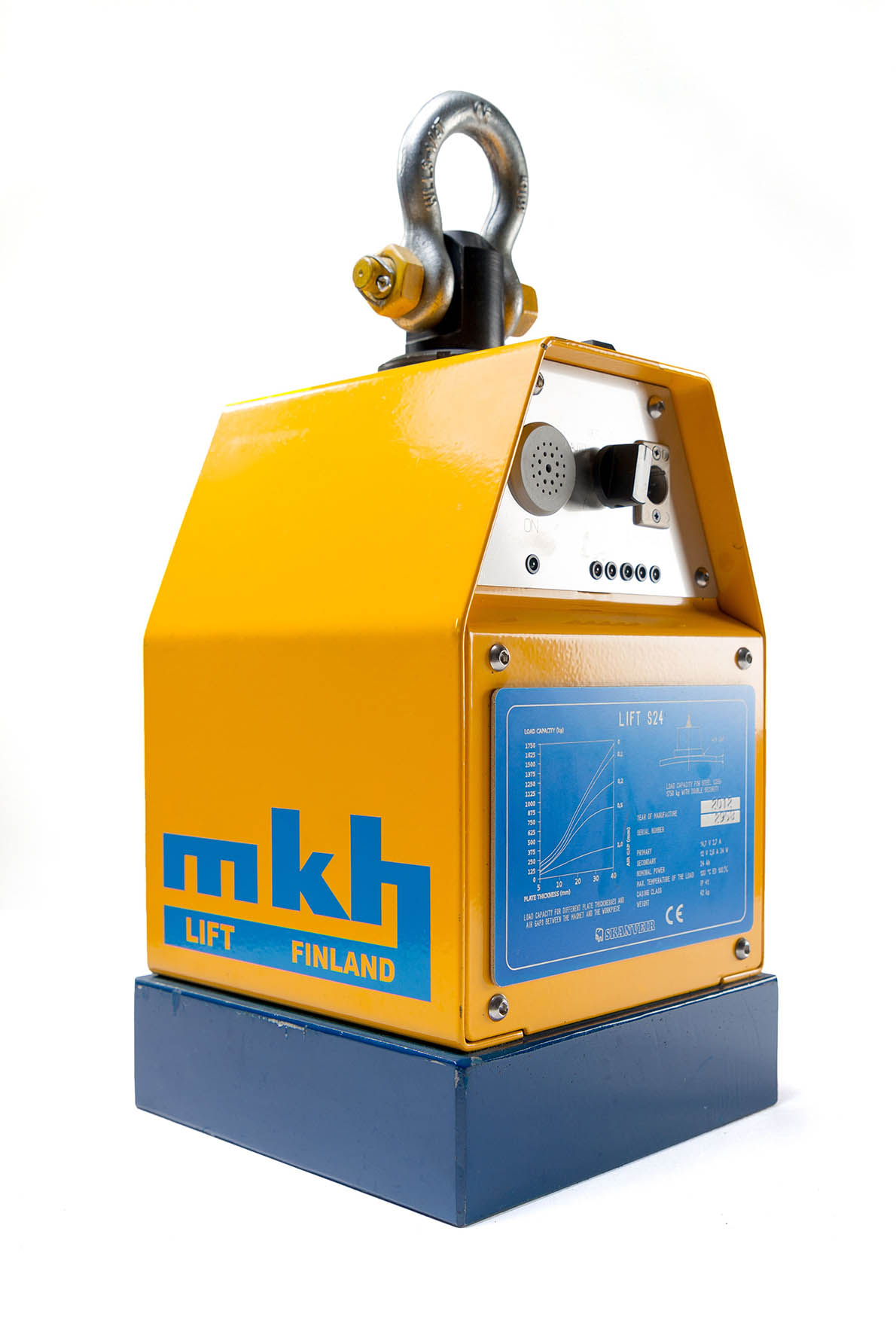